Recently, I took part in a doll sewing challenge on YouTube that was hosted by Dolls Rescued. We were challenged to create a halter top and skirt for a Rainbow High doll. We could sew, knit, or crochet our outfit. Harper Dune is modeling it in the picture shown here. I used pre-cut fabric strips I purchased from Walmart to create the outfit.

I chose to sew mine, and I thought that Harper’s outfit turned out so cute that I am offering it as a free sewing pattern for anyone who would like to try to make one for their own Rainbow High dolls.

This pattern has minimal instructions on it, so it is best suited for intermediate to advanced sewers. If you would like to download the free pdf, you can visit my crafts and patterns page, or directly from the link below. Please note, that this pattern is for personal use only.

Hello, friends! Thought I would share a quick video that I recorded last night while I was drawing some fan art of Ahsoka Tano from Star Wars Clone Wars and Rebels.

I also talk about the status of my next coloring book, my work on the Werewolves and Unicorns Anthology book that I am involved in, and my plans for the summer.

Stay tuned for more information about both! And I hope you are having a wonderful June so far. 😀

Welcome to the private Rules and Regulations page for our guild. Below, you will find contact information for our officers, rules for participation in guild events, and more. Please take a moment to read through the page. When you are finished, let us know that you have read and agree to everything by adding a comment below (signed with your in-game name so that we know who you are). 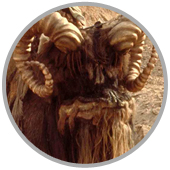 Child of the 70’s and a Luke Skywalker fan-girl forever. When not playing SWGOH, I make art and do other creative stuff. 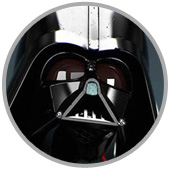 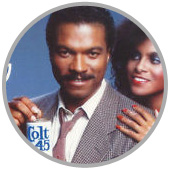 We are not a hardcore guild. We understand that life sometimes gets in the way of gaming. Being sick, working a million hours, family obligations—all these are more important than a mobile game. However, we do expect our members to be committed, daily players, who participate in all guild activities, which include the following:

Members who do not abide by these rules will be subject to warnings and/or be booted from the guild. (See the Member Violations section  below for more information.)

If for some reason, you are temporarily unable to meet your daily obligations (due to a family emergency, or pulling a 24 hour shift, for example), please notify us in the game chat or contact one of the officers via email.

Note: As our guild grows, our raid requirements change. Any official updates or tweaks to the rules will be added here.

The tank raid is open to all players who with 7 star characters.

At this time, there are no limitations on players for the AAT Raid.

Currently we are not running the HAAT regularly, but we are striving to making this our default tank raid.

Below you will find a list of the member violations and subsequent consequences. Please familiarize yourself with this list.

We expect all players to contribute daily, with the understanding that life happens first. Any player inactive for 30 days will be removed from the guild. If you can’t be active for a week or more, let an officer know.

Players who are not active in two Territory Battles in a row will be removed from the guild.

Additionally, excessive non-participation will result in warnings, and then removal.

Players who miss signing up for two Territory Wars in a row will be automatically removed from the guild.

Additionally, excessive non-participation will result in warnings, and then removal.

Players who habitually fail to follow or ignore the raid rules will result in warnings, and then removal.

Inappropriate behavior, bullying, or other disruptive behavior will not be tolerated, and will result in warnings or removal from the guild.

Please add your name to the form below to let the officers know that you have seen and agree to the rules.

Below you will find a list of guides, websites, and other resources that we have gathered to help you enjoy the game. If you would like us to add anything to this list, let us know, and we will be happy to do so.

Just a quick update to let you know that I’ve added a new coloring page freebie you to download and color. In honor of Christmas, which is just around the corner (and which I am totally not prepared for!), I added my Christmas Cats Coloring Page to the freebies.

Here is a preview of the page. If you click on it, it will take you over to the download page. It’s available as a .jpg or a .pdf for you to print out and color. 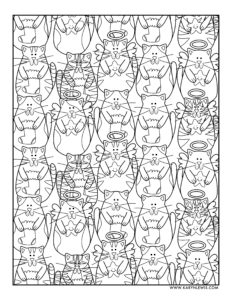 This free coloring page is just one of the images included in my coloring book “Illustrated Christmas: 25 Holiday Designs to Color.”

Volume one in the Color the Holidays series, “Illustrated Christmas: 25 Holiday Designs to Color” is a collection of Christmas coloring pages digitally drawn by illustrator Karyn Lewis. Inside this coloring book you will find traditional and modern images of the Christmas season including Santa, angels, nutcrackers, snowmen and more. Created with the whole family in mind, this adult coloring book is appropriate for all skill levels.